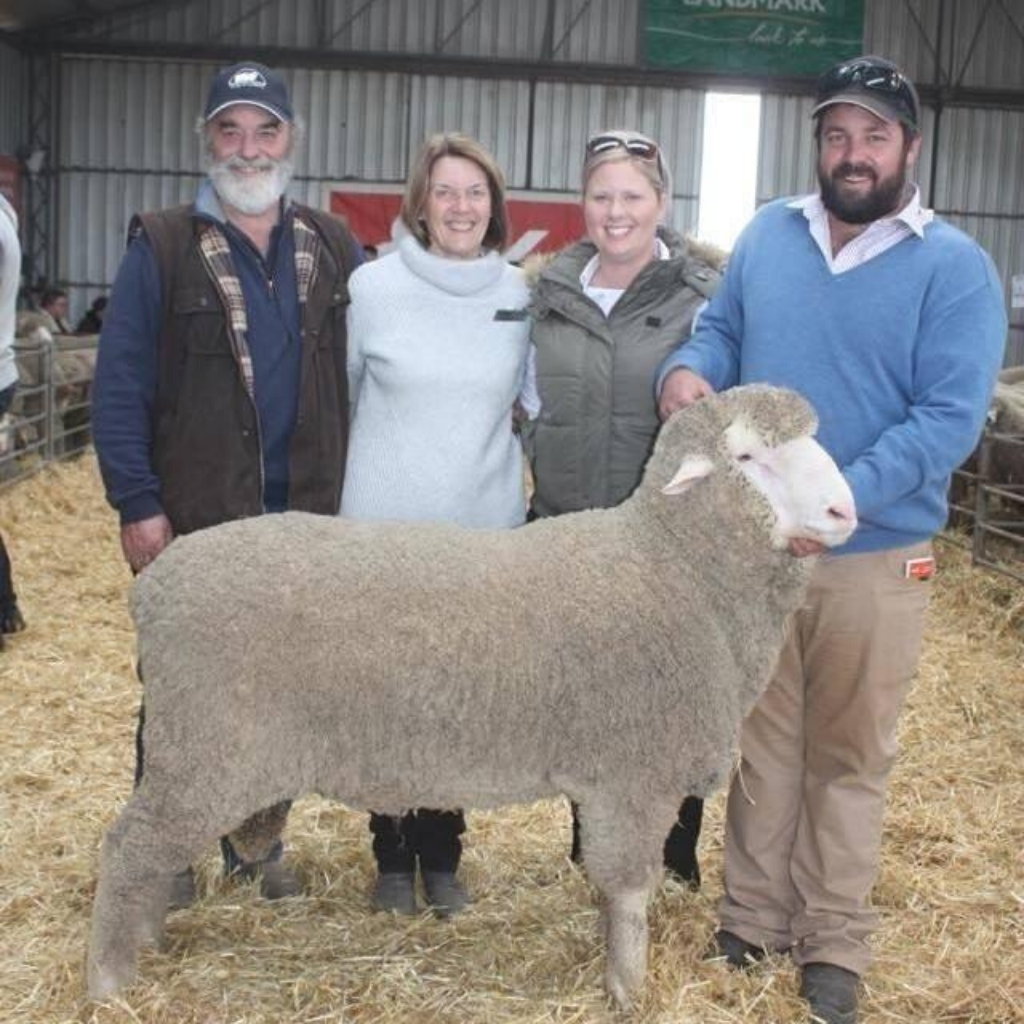 The Murdoch’s run Merinos and Poll Merinos on their 3000 acre property. Their North Cowie Merino and Poll Merino Stud has been in the Murdoch family since the 1920s and they continue to go from strength to strength at their annual Ram Sales.

North Cowie always strive for top genetics to meet their Stud specifications with their sheep known to be plain-bodied and large in frame with bright, stylish and nourished wool within the 19-21 micron range.

North Cowie, a 22,000 acre property was originally purchased in 1920 by Garry’s grandfather and uncle who farmed together. Garry’s grandfather first purchased ewes in 1935 from Kalabity in NSW and Rams from Anama. After Garry’s Grandfather and Uncle decided to go in separate directions, Garry and Gwen were left with only a small portion of the property that was deemed not viable by the banks. Making the most of the small amount of land remaining, Garry and Gwen were determined and within the last 10 years have gone from farming 1100 acres to now farming over 8000 acres.

In 2007, Garry and Gwen’s eldest son, Joe, returned to the farm, with a renowned passion for sheep. North Cowie returned to the show circuit and has since been very successful with each year showing promising results for the future ahead for North Cowie.

The next generation for North Cowie arrived in 2020 with Lucy and Joe Murdoch welcoming their baby boy, Harry Thomas Murdoch.